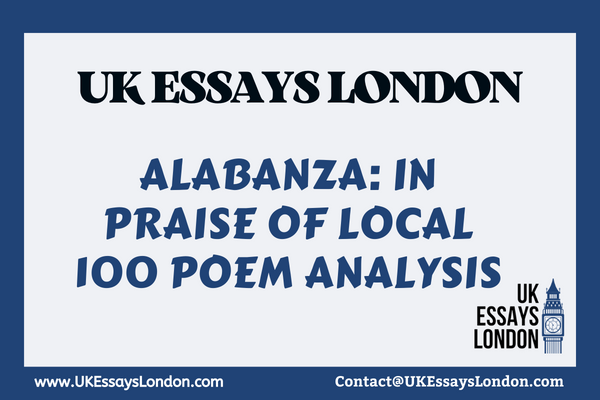 Martin Espada wrote this poem as a tribute to the 43 Local 100 members who perished in the 9/11 attacks. These employees were present in the World Restaurant of the World Trade Center Building and were working in the North Tower.

The poet describes the workers’ quick and efficient movements in the first two stanzas, as well as their commitment to the task at hand. The Fajardo cook’s metamorphic music of eggs and bread has been used by the poet to animate the worker’s movement.

The chef’s blue eyes are associated by the poet with the invasion of Puerto Rico by the Spanish and Americans. Martin Espada has also been compared to the chef’s “oye,” a scream that has shared its color with many languages around the world. Because he believes the word “oye” to be common, the poet did not associate it with any particular country or culture.

The poet wants to divert our focus away from the false and tragic attack and toward a profound sense of sacrifice and labor in that attack. Martin Espada wanted us to focus on the fact that the majority of the military campaign, business venture, or agrarian contract actually resulted in laborers suffering. The poet is attempting to emphasize that the primary struggle for labor is universal overall and must be valued by fusing the diversity of workers.

The first six parts of the poem “Alabanza,” which has seven parts overall, are taken from Espada’s earlier section. Espada, one of the most well-known and respected Latino poets of his generation, has written about his feelings following the 9/11 attacks. especially after realizing how many of the restaurant’s immigrant employees were killed in the attack. The poet described the difficult situation and used the Alabanza to express her feelings and honor the workers.

The structure of the poem is divided into several sections, and each section offers a unique point of view to keep the reader interested in the scenario developed in each of the stanzas. Every Stanza has a distinct rhythm that steers the reader in a different direction. The word “albanza,” which means “praise” in Spanish, serves as the poem’s title. In reality, the poet is praising the immigrant workers who persisted in their resolve and perished in the 9/11 attack.

The poet has also expressed the value of life by claiming that the lives lost on that day were just as valuable as those of firefighters or soldiers who give their lives in service to their country.

Praise the chef with a shaved head and an “Oye” tattoo on his shoulder who is a blue-eyed Puerto Rican and comes from Fajardo, which was once a harbor for pirates. Alabanza, Martin Espada, p. 433

The above quotation uses free verse to help the readers understand a number of important ideas. By describing the attack, which had an impact on every American citizen’s life, the poem demonstrates multiple purposes while combining rhyme and rhythm. The quotation also depicts the life of each and every person in the United States and does so in free-verse.

“Praise the kitchen in the morning, where the gas burned blue on every stove” Martin Espada, Alabanza p.433

The poet expresses his sorrow for the American people in this stanza as well as the horror experienced by the families of the deceased and the fear that the people of the United States felt for the workers who were at work on that day.

Though it was struck by lightning and many people who were working that day lost their lives, the poet claims in the stanza above that it was still tragic. Martin Espada is so horrified by the brutality of the situation that he finds it difficult to express. In the poem’s concluding lines, the poet urges readers to be kind to one another and to find some meaning in the tragedy. The poem is distinctive in his style because it does not follow a continuous rant and because it expresses its meaning in a very realistic and emotional manner. The poet has unleashed human potential, offers a very engaging perspective to all readers, and informs Americans about the effects of the 9/11 tragedy.

The poem is divided into distinct sections, and each stanza has a different rhythm that steers the reader in a specific direction. The poem praises the workers’ commitment and toil who lost their lives in the 9/11 attack as it beautifully transitions from mourning to praise. The poet has drawn meaning from the attack and focuses on how the tragedy will affect Americans in the long run. By carefully examining the poem, it was discovered that the poet employed a lot of tragic, ominous, and harsh language. The poet also described the suffering that the American people experienced on that day and the horror that the families of the victims endured.