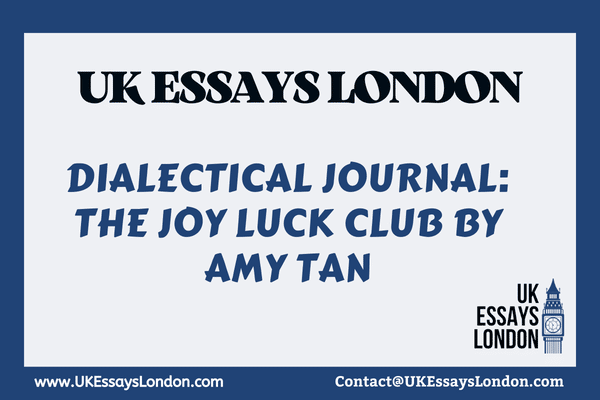 The majority of Americans think that everyone is here for a reason. They claimed that those who pass away with no accomplishments disregarded their calling. They believed that each individual was made to address a specific issue in the world. Each person contributes to making the world a better place to live by helping to solve an issue in it. In this particular tale, the mother passed away without having resolved any issues affecting the planet or civilization. Typically, a solution to an issue facing the globe or society begins with a mental image. The father believes that his wife passed away along with her thoughts because of this. The mental image is converted into words, and then into actions. However, I frequently heard tales of a ghost who wanted to kidnap kids, especially independent girls.

Folktales are frequently used by Chinese people to inculcate morality. The tale that was used to teach children morals was frightening, as can be seen in the story. When it comes to creating stories, this is a crucial quality. This indicates that a less frightful story is less likely to persuade kids to act in a morally correct manner. Children are more likely to learn the moral lesson from a story’s moral lesson if it is more frightening.

For instance, a story about a wayward child being eaten by a ghost is more likely to terrify kids to the point where they all obey their parents. This is due to the worry that if they don’t follow orders, the ghost will consume them.

“I once gave my life to keep the vow I made to my parents.”

Most kids have a tendency to perform actions they don’t genuinely enjoy in order to satisfy their parents. Children always want to see their parents happy and not sad, thus this is one of the causes. Children frequently believe that if they do something that their parents disapprove of, they will feel sad. This makes them to do things as per their parents’ wishes.

In the field of education, this observation frequently occurs as kids enrol in programmes that their parents have recommended. Consider a child who enjoys music and whose parents want him or her to pursue an engineering career. In this particular situation, the youngster will comply with the parents’ wishes. This explains why people frequently leave their jobs to pursue their passions.

“All these years, I ran like a little shadow, hiding my actual character from view so no one could catch me.”

The majority of parents worry that showing their daughters their ugly side will make them disrespectful. Most children believe that their parents are morally upright.

“I was six when my mother taught me the art of invisible strength”.

Mothers are seen as having a substantial influence on how their offspring are raised. This is because, in contrast to dads, it was they who spent the majority of their time with the kids. Mothers typically teach their children things in life that will help them lead successful lives as they are raising their children. A mother can instruct her child, for instance, to not harbour grudges. This benefits the kids later in life, particularly when the wrongdoers achieve greater success than the kids. Since they don’t harbour any resentments, they can ask for assistance from them. A person who harbours resentment toward another person is typically less likely to seek assistance from that person.

“And I knew that was not true. I knew my mother made up anything to warn me, to help me avoid some unknown danger”.

When compared to men, women are thought to take religious things more seriously. This may be the reason why there are more women attending Christian churches than there are men. The primary reason women attend church is to aid in moral upbringing for their offspring. This is so that religious institutions can spread morals. Women are aware that they fall short in the moral upbringing of their children. Women desire a helping hand in their efforts to teach morals in their children, to put it another way. The desire to shield their kids from the pain that is foreseen at the end of the world is the second motivation for women to attend church.

“My mother believed you could be anything you wanted to be in America”.

Many people have long believed that the United States of America is a place of opportunity. This is because it has numerous industries. Any nation with a diverse economy typically has a high employment rate. Africa and other less developed nations frequently have high unemployment rates. They have fewer industries, which explains this. China falls in the same situation. Even though it has a large number of industries, they cannot be compared to those in the US. Children in less developed nations seize opportunities that are offered to them rather than ones they choose. This is the rationale for the mother’s belief that her daughter could achieve anything in our case study of reference.

“To this day, I believe my mother has the mysterious ability to see things before they happen”.

Everyone has a tendency to hold incorrect beliefs when they are young. At adulthood is when it is realised that the belief was incorrect. When we are young, one of the reasons we seldom recognise that we are harbouring incorrect beliefs is that we lack the capacity to think critically. In other words, when we are young, our capacity for critical thought is always lower than when we are older. For example, the majority of individuals hold the view that the world is flat. They don’t realise that if the world were flat, they would be able to see a large portion of the major ocean bodies. Individuals that are standing by the shoreline of a sizable body of water, such as the ocean only see a small part of it.

“And my mother loved to show me off, like one of my many trophies she polished”.

In most countries, a woman’s value is determined by the number of children she has. Therefore, a woman who has a child is more inclined to flaunt her assets than a woman who does not. The knowledge that their children at least have someone who would defend them in old age is one of the reasons mothers are always proud of their offspring. They know that their daughters will bring them wealth through dowries, which is the second justification. This is so that males can pay dowries in most societies before getting married. The payment of dowry is a way to show appreciation for the work that the parents made in raising their daughter rather than as a means of purchasing the daughters.

“I used to believe everything my mother said, even when I didn’t know what she meant”.

Children frequently believe that their parents are always correct. They have a propensity to believe anything without question because of this. Parents typically utilise stories to establish morals in their children since they are aware of this. Parents typically take advantage of the fact that kids are more likely to trust them to impart morals by doing so. Children will obey their parents, for instance, if they warn them that disobeying them will anger God and condemn them to an eternity in the flames. Even when they don’t fully understand who God is, they nonetheless act in this way. Young children find it challenging to comprehend the nature of God because the Bible is presented in parables.

“But these days, I think about my life’s importance. I wonder what it means, because my mother died three months ago, six days before my thirty sixth birthdays”.

When children have questions about life, they look to their parents for guidance. A child might, for instance, ask her parents why there are humans. Most parents would respond to this query by stating that everyone has a reason for existing. This implies that each person was created with a certain function in mind. In this context, the term “purpose of life” alludes to a solution to a dilemma that affects people around the globe. To put it another way, each individual was created to fulfil a specific function that will enhance life on earth.