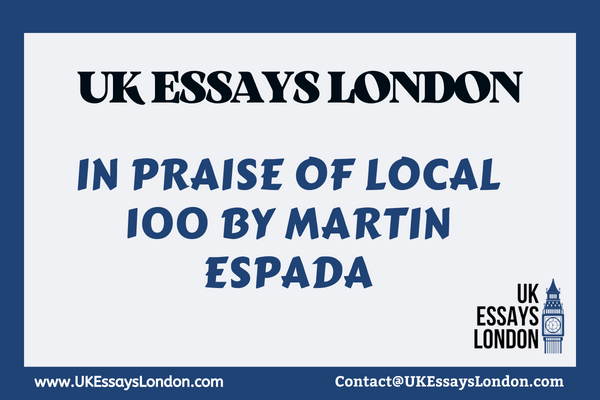 Martin Espada, a well-known poet, wrote this poem in memory of the 43 Local 100 workers who perished in the 9/11 attacks. Along with the windows of the World restaurant of the World Trade Center building, the workers were positioned in the North Tower.

The poem illustrates how to yearn for a peaceful life and how to have the strength to push back darkness and evil.

The workers’ swift movements, vigilance, and commitment to their work are described in the first two stanzas. A cook from Fajardo’s metamorphic music of bread and eggs is used by the poet to animate their actions.

The poet links the cook’s blue eyes to the Spanish and American invasion of Puerto Rico. The poem is similar to the exclamation “oye,” which is written on the cook’s shoulder and has roots in many other languages around the world. The poet views the word “oye” as being universal and does not associate it with any particular culture or country.

The poet then sketches his own experiences with the labor movements that took place in the Caribbean in the 1970s. The labor movement’s “roll call” of workers is linked by the poet to memories of immigrants and migrants. Espada purposefully refrains from commenting on the Twin Towers attack because he prefers to talk about the variety of labor struggles.

The poet wants to focus our attention away from the apparent tragedy and on the labor sacrificed in that incident in order to convey a deeper meaning. He wants us to imagine that in every significant military operation, trade deal, or agrarian agreement, it is the labor that actually suffers. He wants to demonstrate the universality of the struggle for labor by bringing together the diversity of labor.

The poem “Alabanza” is divided into seven parts according to proper structure, the first six of which contain excerpts from earlier poetry by Espada. The final section contains the seventeen most recent poems that Espada has written. Alabanza contains six poems that collectively represent the majority of Espada’s literal work. One of the most well-known Latino poets of his generation, Espada, expresses his feelings about 9/11 in his writing. He was speechless and horrified by the 9/11 scene, which left him even more so when he realized how many immigrant workers who were employed by the World Restaurant perished. He is still plagued by the stark foreshadowing of his impending death and the image of their emotional state. As a result, he tried to describe how those workers might have felt by expressing his feelings through the words in Alabanza.

The poem’s structure is divided into several sections, each of which, by purposefully being irregular, represents a different point of view and serves to keep the reader interested as the scenario is developed in each stanza. Each stanza of the poem is examined to introduce a new rhythm and lead the reader in a new direction. The word “alabanza” that Espada chose for the title actually means “praise” in Spanish, despite the fact that he used it in the poem to express his admiration for the immigrant workers. The poem changes from a lament to a celebration because it expresses gratitude for those lives, the many hours they put into their work, and their dedication, but ultimately the poem serves as a way to preserve the memory of the lives lost on that tragic day.

Espada emphasizes the value of life in his poem by saying that each life lost on that day was just as valuable as a soldier or firefighter who gave their lives to fight terrorism. By mentioning, “the importance implicated in his style of free verse,

Praise the cook with a shaved head and an “Oye” tattoo on his shoulder, who is a blue-eyed Puerto Rican and comes from Fajardo, which was once a harbor for pirates.

This quotation uses free verse to guide the reader toward understanding one of the many important factors to take into account. Because of its classical style, the poem looks for ways to combine rhyme and rhythm. Even so, a closer look at Espada’s poem reveals a different intention by elaborating on the idea of tragedy, which has affected every American life, from privileged upper-class families to lower-class working-class families. The poem illustrates the lives of every person in America, connecting the depiction with the aid of free narrative, according to a further explanation provided in the stanzas. This collaboration enables the reader to examine various facets of a typical workday for people without having to think about their impending demise as the hours pass.

“Praise the kitchen in the morning, where the gas burned blue on every stove”

Through his stanza, Espada describes the suffering that the American people experienced on that day, the horror the victims’ families experienced, and more specifically, the fear that gripped the hearts of the workers who were working that day. Espada was terrified by the sorrow over the lives that were swept away to an untimely death. This is especially terrifying to the author, who expresses it as follows in the stanza:

“The thunder wilder that thunder”

Although these straightforward yet complex lives of the people working that day came to an end as if struck by lightning. The author is unable to express his horror at the situation’s savagery in any other way because his fear is so overwhelming. However, Espada’s concern for immigrants and the measures taken to dehumanize them, while ignoring their needs and avoiding any discussion about the recognition of their rights in society, can be inferred from his poem. Espada leaves the reader with a message at the very end, appealing to their humanity and making an effort to find a general sense of solidarity in it. Comparatively much more accommodative than what most poets use in their poetry is the technique of telling the reader rather than lecturing them. Alabanza is hailed as having a very distinctive style because Espada conveys his ideas through his words, making them understandable, relatable, and realistic rather than through a system of continuous rants stacked one on top of the other. being concerned about the effects of the 9/11 tragedy, including how hate and aggression will affect the lives of many immigrants. Even though the majority of the people working in the World Restaurant’s kitchens were undocumented people who died that very day along with so many others, their misery is still unheard of today. Espada asks the reader a question and then makes a request in an effort to elicit an emotional response from his listeners. Martin Espada wants to reawaken human potential through the use of artistic words with a purpose in order to inspire everyone to take action toward the topic as well as to present it in an engaging way. Alabanza conveys to the general public both private and personal forms of histories, drawing meaning from the tragedy and highlighting its effects on people’s lives. The word “alabanza” is specifically chosen to represent smaller forms of victories through various acts of defiance, which most of the protagonists are remembered for, even though a close reading of Espada’s poem often tends to come off as harsh, dark, and tragic. The world’s compassion draws out people’s real associations with praising the many stories and lives that are finally coming to light.

The Alabanzas structure is divided into numerous sections, each of which, through its purposeful irregularity, represents a different viewpoint. Each stanza is examined to establish a new rhythm and lead the reader in a different direction. The title “Alabanza” means “praise” in Spanish, which is why that word was chosen. Since the poem expresses praise for those lives, the numerous hours they put in at work, and their dedication, it changes from being a poem of mourning to one of praise. By saying that each life lost that day was equally as valuable as a soldier or fireman who dedicates their lives to fighting terrorism, the poet conveys the value of life. The poem, being of a classical nature, seeks to utilize rhyme and rhythm in harmony.

Espada describes the suffering endured by the American people on that day, the horror endured by the victims’ families, and more specifically, the fear that gripped the hearts of the laborers working that day. Espada was terrified by the sorrow over the lives that were swept away to an untimely death. The poet draws meaning from the tragedy and emphasizes how it affected people’s lives. Even so, a close reading of Espada’s poem reveals that his language frequently comes across as harsh, dark, and tragic. Comparatively much more accommodative than what most poets use in their poetry is the technique of telling the reader rather than lecturing them.