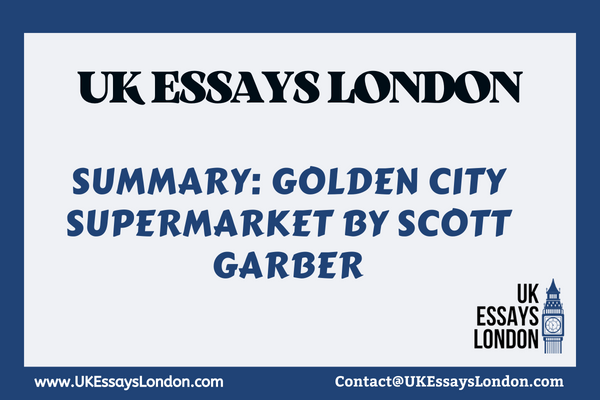 Scott Garber considers the advantages of the markets in Flushing. The author claims that everyone in New York loves the Flushing markets because of the fresh food and affordable rates. Flushing’s main street is comparable to Manhattan’s. Garber is relieved to see a Burger King in Flushing because it will improve business. The supermarkets in Flushing have fair and moderate prices. The market exhibits the emulsion of Chinese-American culture. According to the 2010 population census, Chinese immigrants make up a significant portion of Flushing’s population. Easy access to the two main airports, major expressways, twenty bus lines, and a train station are factors that contribute to Flushing’s prominence as a commercial hub.

The main opportunity in Flushing is the excellent shopping experience and Chinese culture. These marketplaces’ culinary areas are influenced by Chinese culture. The main reason for the crowding in these supermarkets is the difference in costs (Affordable). Garber is therefore obligated to visit and investigate the Golden City grocery, one of these stores. The Golden City Supermarket, or Jin Cheng Fa Chao Ji Shi Chang, is situated seven blocks from Flushing’s main drag. One of the few supermarkets having an English translation is the Golden City Market. Garber believes that Saturday afternoon is the best time to visit Golden City. Unfortunately, the crowd prevented him from speaking with the supermarket staff. He was going to come back on Tuesday night.

This time, the supermarket was peaceful generally, and he had the opportunity to speak with the cashiers, the meat area staff, and a stock-piling worker. Chinese workers were helpful, dependable, and social. According to the consumers and workers of Golden City who were interviewed. The availability of parking spaces and reasonable prices are the key reasons why this market is preferred. Garber urges everyone to visit the supermarkets in Flushing to learn about Chinese culture.