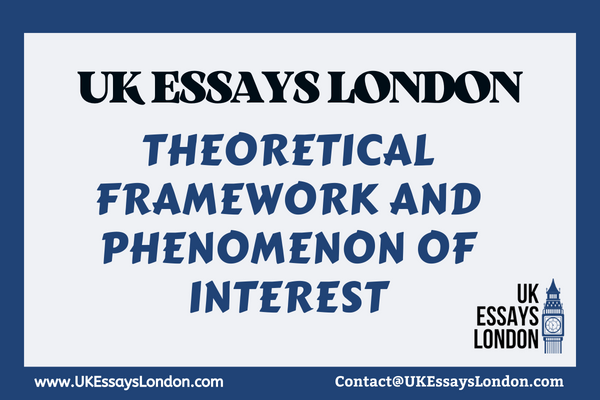 The research genuinely relates to the phenomena of interest; it describes and explains them. The individual, environment, health, and nursing are the main phenomena of interest in nursing science. The person, environment, health, and nursing concepts all played a part in the nursing meta-paradigm, which served as a framework and encapsulating unit from which a more constrained structure developed. Although the four principles that make up the meta-paradigm of nursing have about equal weight in the meta-paradigm, there is no notable conflict concerning them in literature. Grand theory makes it clear that the author identified the lack of cultural and caring knowledge and connected it to the gap in nursing understanding.

The study’s chosen middle-range theory, the “Nursing Process hypothesis,” holds that effective communication must be established in order to meet the patient’s crucial and urgent demands for assistance. According to the commonly used complexity theory, a complexity system is made up of a number of individuals who are free to behave unpredictable and whose actions are tied to one another. As a result, one person’s actions alter the context for other people (reciprocal impact). The term “complexity theory” is frequently used in place of other words. Complex adaptive systems is one of the terms that is most widely used (CAS). As a result, several theories and conceptions are examined in relation to the phenomena of interest.

The research is genuinely related to, explains, and describes the hypothesized phenomena, or “phenomena of interest.” The individual, environment, health, and nursing are the main phenomena of interest in nursing science. These interesting phenomena are taken into account in the current investigation. One can question why some basic services aren’t offered to the extent that they ought to be in the current era of multimedia technology. For instance, some of these services are the annual examination for men and women and the immunization of children and adults. Additionally, various services linked to prenatal and dental care, as well as to women who are pregnant and teenagers, are not entirely given. Community education is essential for preventing healthcare errors (preventive healthcare). The importance of community awareness in preventing health malfunction is especially important for the national administration and those in charge of community healthcare. In a study including 190 nurses who provided care for various communities, including Southeast Asians, Blacks, and Puerto Ricans, it is noted that the level of confidence scores varied. Unexpectedly, the self-efficacy score was low when black people cared for Latinos and Asians. In contrast, it was high when black people cared for other racial and ethnic groups. The categories that contributed to the low level of scoring included understanding of the causes influencing health attitudes and the customs of respect, humility, and authority among individual cultures. However, when interpreters were utilised to provide the right signals, the score increased. The issue was a lack of confidence brought on by caring for patients while working in a multicultural environment. These were flaws in the nursing curriculum, which aids nurses in understanding and interacting with patients from many cultures and groups (Fooladi, 2015).

The majority of the time, governments like Iran’s and those of other countries put preplanned healthcare measures into action to solve problems with community avoidable health care. However, the private sectors in major cities have ensured their continued survival by committing to providing services, primarily in the field of medicine, based on both urban and sub-categories in urban areas. There is restricted access to multimedia in remote and rural areas. They must therefore concentrate on providing primary care and preventive health services. Additionally, researchers in British studies supported the idea that nurses play a crucial role in preventive health and claimed that by contributing to the prevention of cardiovascular disease in middle-aged patients, nurses significantly reduce risk factors. As a result, community health theory responds to nursing domain concepts to address problems with the environment, community resilience, and healthcare in the diverse community. In essence, nurses have the chance to inspire, motivate, and most importantly, raise public awareness of the importance of vaccines for children and adults as well as yearly check-ups and health screening habits. Last but not least, nurses are essential to the success of the social healthcare program. They are a crucial component of publicly and privately funded local and global health plans, and there is no denying their contribution to improving the health and well-being of a population (Fooladi, 2015).

According to the study (Fawcett, 1984), the meta-paradigm of any field is defined as a statement or as the number of statements that identify phenomena significant to them. Only discipline-related concepts are highlighted by the meta-paradigm; no connections are made between them and the underlying tenets of other worldviews (MacIntyre & Mcdonald, 2013). The meta-paradigm, however, is a framework and acts as an enclosing unit that a more constrained structure grows beneath, claim Eckberg and Hill (1979). Fawcett (1984) developed the meta-paradigm of nursing in response to criticisms that academics frequently leap from one subject to another without fully exploring it. The person, environment, health, and nursing were the four concepts that made up the nursing meta-paradigm. These four principles were linked. As a result, it helps nurses exercise critical thinking and aids in the conceptualization of the idea. Additionally, it directed nursing practise in routine clinical encounters. As a result, it may be claimed that the meta-paradigm is connected to the relevant phenomena.

The “Culture Care and Diversity and Universality theory offered by Leininger (1988)” is a well-known big theory. Theoretically, the author contends that cultural care offers nurses the complete and most significant methods of research. Additionally, it offers resources for describing, clarifying, and predicting nursing knowledge as well as behaviours and practises related to nursing care. The idea is constructed in such a way as to provide a framework for nursing care methods that are culturally appropriate. The author further emphasises that if nurses completely understand the meanings, patterns, and processes of care, they will be able to describe and forecast every aspect of peoples’ health. Theoretically, it is clear that the author identified the lack of cultural and care knowledge as the key to nursing understandings. To support the circumstances of wellness, compliance, and healing, nurses must comprehend several cultural distinctions and expertise crucial to patient care. These realisations sparked the creation of a brand-new concept and phenomenon in nursing care, known theoretically as transcultural nursing. According to the author, transcultural nursing is a significant field of study and practise that focuses on the many cultural care values, beliefs, and practises of patients from the same or other cultures.

Middle-range theories are more focused and concrete than large theories. Middle-range theories consist of a small number of elements (concepts) and verifiable claims that are provided at a relatively high level of specificity and concreteness. There are three main categories of middle-range theories. The fundamental type theories among them are the descriptive middle-range theories. The purpose of the descriptive theory is to categorise or describe a certain phenomenon. It might just cover one idea during the conversation. The nurses would need to understand the social information in order to formulate an effective reaction, it is further revealed. Decoding would be accomplished, nevertheless, by employing a cognitive process that weighs many elements. In addition, emotional control and response planning are crucial for developing a suitable, realistic, and advantageous response (Sheldon, & Ellington, 2008).

The study of complexity has become quite well-liked across many academic fields. The interactions between the various components of the system are what define complexity. Science of complexity is concerned with the whole, not simply the individual parts. It is done so that a phenomenon can be understood more thoroughly and qualitatively. According to complexity theory, a system consists of a group of people who have the freedom to behave unpredictable and whose decisions are connected and tied to one another. As a result, one person’s actions alter the context for other people (reciprocal impact). The complexity system is made up of several different parts, each of which serves a specific purpose. These parts are arranged in an internal hierarchical manner.

It might be claimed that nothing is static given the complexity sciences and complex adaptive systems. The human body does not run consecutively like a machine. For those working in nursing, current knowledge is crucial for understanding patient behaviour. However, as the CAS demonstrates, the nurses’ learning is a spontaneous process. The environment in which the knowledge and the response to the patients are generated is complicated and variable. It asserts that because circumstances change, things frequently take place haphazardly and rarely go as intended. As a result, it highlights the significance of the individual, environment, and nursing.

The research is genuinely related to, explains, and describes the phenomena of interest. In interesting phenomena, various but mainly limited and particular ideas are used. Four of them are essential to the nursing science: the person, health, environment, and nursing. The meta-paradigm has caused scholars to refocus their attention on the left nursing gap in the four notions. According to the meta-paradigm, nurses are held in high regard by the public as a profession that can be relied upon to deliver high-quality medical care. Because of the phenomenon of trust, nurses need to be educated, clinically astute, and professionally structured.

J. Fawcett (1984). The condition of the nursing metaparadigm and its potential improvements. 16(3), 84–87, Journal of Nursing Scholarship.

M. M. Fooladi (2015). The function of nurses in promoting preventive health and community awareness. The third issue of the international journal of community-based nursing and midwifery, p. 328.