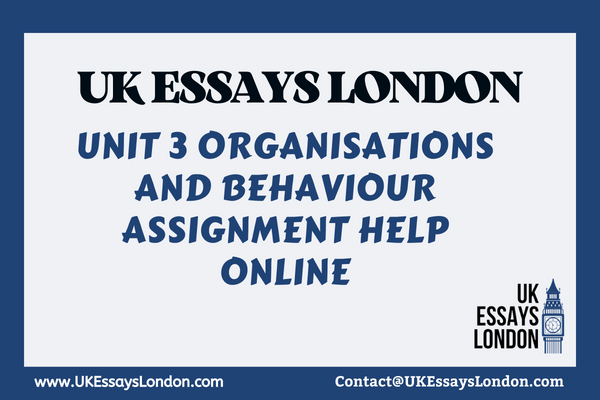 Organizations can be thought of as systems or combinations of systems that depend on the organization’s structure, the individuals that work there and how they behave, the technology they employ, and other factors. It is challenging to oversee an organization’s daily operations since the behaviour of those who work there is so highly unpredictable. To gain a good picture of how different organisations behave, it is crucial to grasp the varied ideas and tactics that each type of organisation uses. This document is a case study of the business ASDA. The study will examine the organisational structure and the culture that is prevalent in ASDA.

After that, it will concentrate on the several leadership styles that are accessible and what kind of leadership style ASDA is using and why. This study will go into further detail on the many organisational and motivational theories, as well as which theories are used by ASDA. The final half of the essay will explore the value of groups, the benefits and drawbacks of teamwork, and how technology has affected ASDA.

LO 1- Understand the relationship between organizational structure and culture

P 1.1 Compare and contrast the organization structure and culture of ASDA PLC to that of British Airlines

P1.2- Explain how the relationship between ASDA’s structure and culture impacts on its performance

P1.3- Discuss the factors which influence the behavior of ASDA’s employees at work giving relevant examples

Communication is the most significant component that affects how people behave. An individual may get more interested in the task if a boss and team member have great communication. To be more expressive and creative in your work, it is imperative to communicate your opinions, concepts, and issues. Effective communication will help to make this achievable. In order to ensure that no staff is left alone, ASDA has been trying to improve communication. A poll was conducted across all stores as part of the company’s 2013 “Your Voice” strategy to learn how people felt, what they expected, and what they thought of the business. These modest initiatives demonstrate how ASDA has successfully influenced behaviour through communication.

P2.1- Compare the effectiveness of the leadership styles used by the CEO in ASDA to that used by British airways CEO

This section will explore the many kinds of leadership styles that are accessible before concentrating on how effective ASDA’s leadership style is in comparison to British Airlines’.

It is possible to think of leadership as a quality that allows one to affect the mindset and actions of others. Leadership styles have been categorised into numerous sorts based on various philosophies. Task-oriented, relationship-oriented, and participative leadership styles were identified in Michigan and Ohio’s theory of leadership. A task-oriented leadership style is one in which the leader prioritises completing the task rather than building a strong rapport with the team.

Organization theories are conceptual frameworks that explain how an organisation functions and how it interacts with its surroundings. Understanding an organization’s organisational theory is crucial for effective management. Managers can utilise theory as a resource when doing actions that are connected to management.

Many ASDA employees were confused about the merger with Wal-Mart that took place in 2000, which is why. The staff of ASDA were uncomfortable and uneasy because the merger brought about new norms and regulations. At this point of time, the higher management took the initiative of explaining the new business strategies to its workers which help them build trust and made the employees felt more secure.